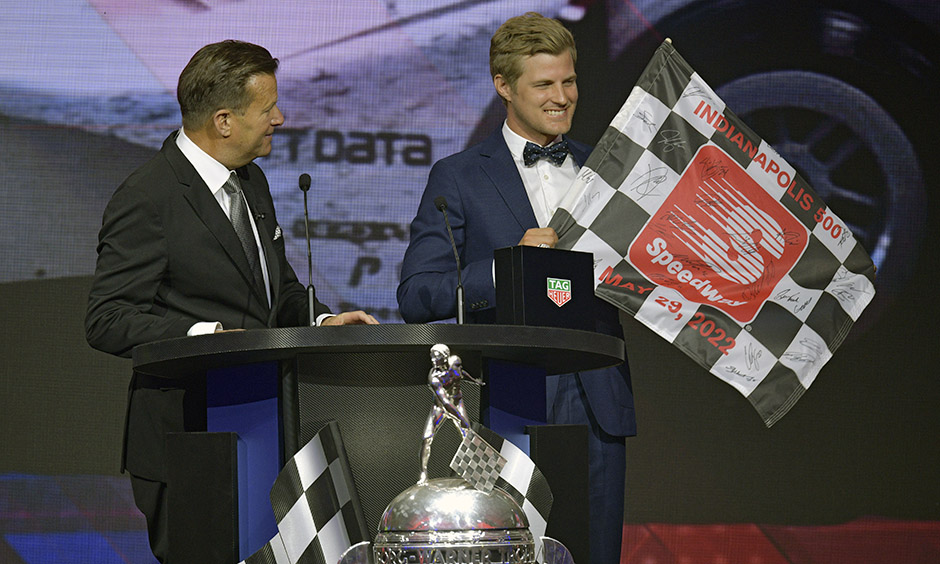 Two hours of sleep, a missing voice and a message from the King of Sweden. Those are just the highlights from Marcus Ericsson’s whirlwind 24 hours after becoming an Indianapolis 500 champion. After that, the long hours really began to set in: A live interview on ESPN “SportsCenter,” five local Indianapolis TV station interviews, a 40-minute press conference in the DEX Imaging Media Center at IMS, a Firestone obligation and more motorsports media interviews. After that, Ericsson moved on to a two-hour photo shoot with his race-winning car, the Borg-Warner Trophy, winner’s wreath and the entirety of Chip Ganassi Racing on the Yard of Bricks. After 16 hours of cheering, screaming and “thank you’s,” Ericsson was losing his voice. He had four more hours of interviews to go, as well as the Indy 500 Victory Celebration that night in downtown Indianapolis. The fun didn’t stop at the Indy 500 Victory Celebration at the JW Marriott, where Ericsson received the largest Indy 500 winner’s payout in history at $3.1 million.