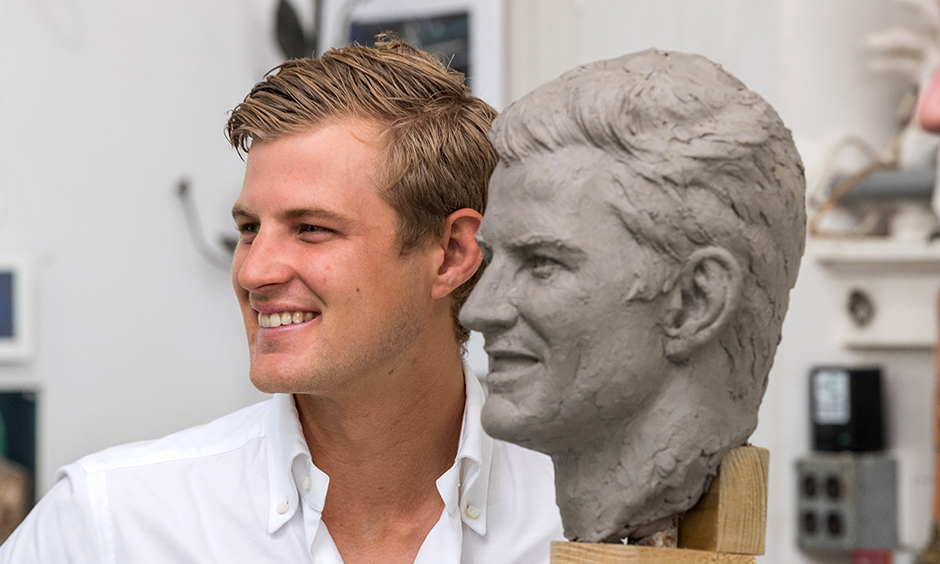 Ericsson Savors First Glimpse of Likeness To Appear on Borg

Marcus Ericsson has seen the early version of his sculpted likeness that will forever don the Borg-Warner Trophy for winning the 106th Running of the Indianapolis 500 presented by Gainbridge. “(She) said it’s better than the real version,” Ericsson said Tuesday from Behrends’ workshop near Tryon, North Carolina. Jokes aside, Ericsson is even more impressed with his likeness than he could have imagined, and he said he will be excited to see the real thing when it appears on the iconic trophy in a few weeks. “It’s quite surreal to have a sculpture of your face,” Ericsson said. Ericsson said he hopes Sweden’s king, Carl XVI Gustaf, can see the trophy in Stockholm, the country’s capital. “He’s a huge INDYCAR fan,” Ericsson said of Gustaf.