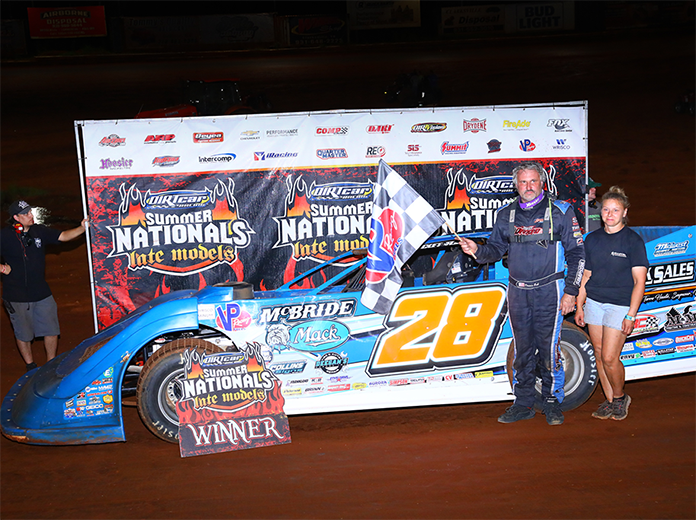 Erb Leads Them All In Clarksville Hell Tour Stop

CLARKSVILLE, Tenn. – There were few drivers in the DIRTcar Late Model field Sunday night that have had more success at Clarksville Speedway than Dennis Erb Jr. From the pole, Erb shot to the lead at the drop of the green and immediately went on the defense, holding off challenges from Frank Heckenast Jr. in the early going. Heckenast gave him a strong run to the outside and almost got around the No. He hounded Erb for the lead over the next 13 laps until Billy Moyer got around him on a restart. With Shirley now less than one second back with less than 10 laps to go, Erb dropped the hammer. “It was pretty much typical Clarksville here tonight,” Erb said in victory lane.