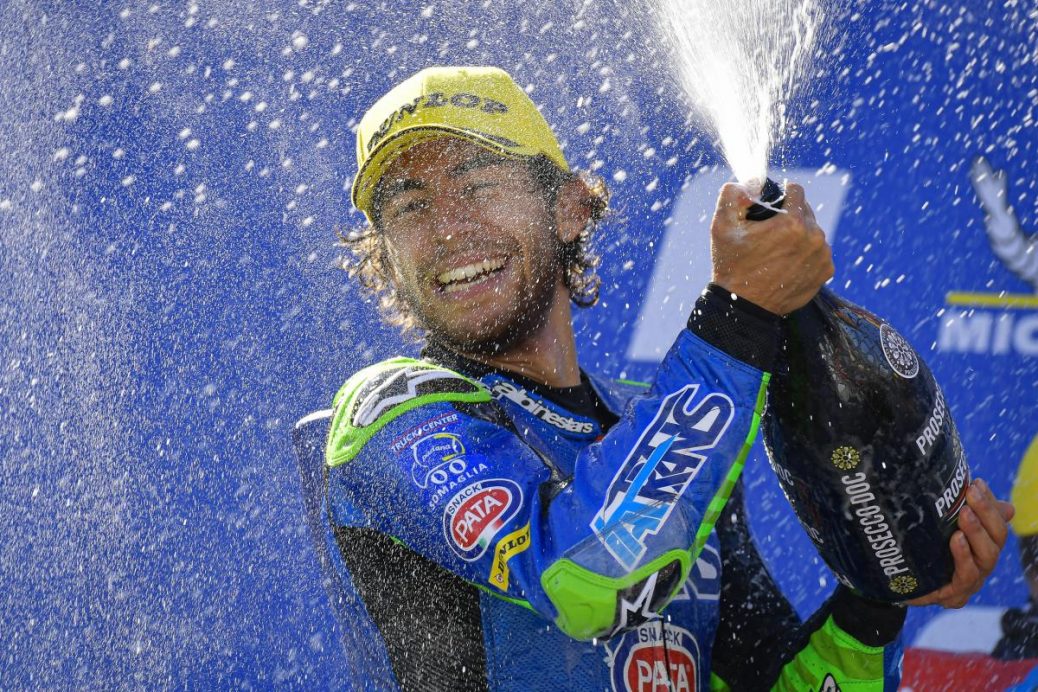 Enea Bastianini (Italtrans Racing Team) is the 2020 Moto2™ World Champion. In his rookie year he took three podiums and ended the year inside the top ten overall – as well as being named Rookie of the Year. The next season saw Bastianini become a Grand Prix winner as he won his first race at Misano World Circuit Marco Simoncelli, and he finished the season third overall after six podiums and four poles. 2017 proved a tougher season but the ‘Beast’ gained traction by the end of the year to end the season with another three podiums to his name. This left The Beast with a 14-point advantage over Lowes – who finished P14 in Valencia – heading to the final race of the season. A simply outstanding season ends with Bastianini finishing on 205 points, helped by seven podiums in 15 races.