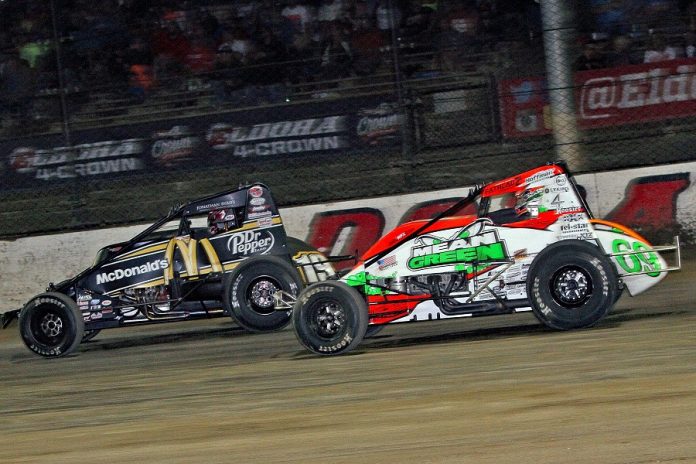 ROSSBURG, Ohio – Eldora Speedway officials have announced the 39th 4-Crown Nationals have been rescheduled to late September of 2021 due to the ongoing COVID-19 health crisis. The 4-Crown Nationals weekend is anchored by the United States Auto Club and the USAC NOS Energy Drink National Midget Series, AMSOIL National Sprint Car Championship, and Silver Crown Champ Car divisions. After thoroughly assessing ODH’s requirements for attendees, participants, spectators, and venues, Eldora and series officials made the decision to reschedule the event for 2021. Upcoming non-spectator events at Eldora include the $50,000-to-win Intercontinental Classic for dirt late models on Sept. 10-12 and the $50,000-to-win Governors Reign for the All Star Circuit of Champions sprint cars on Sept. 22-23.