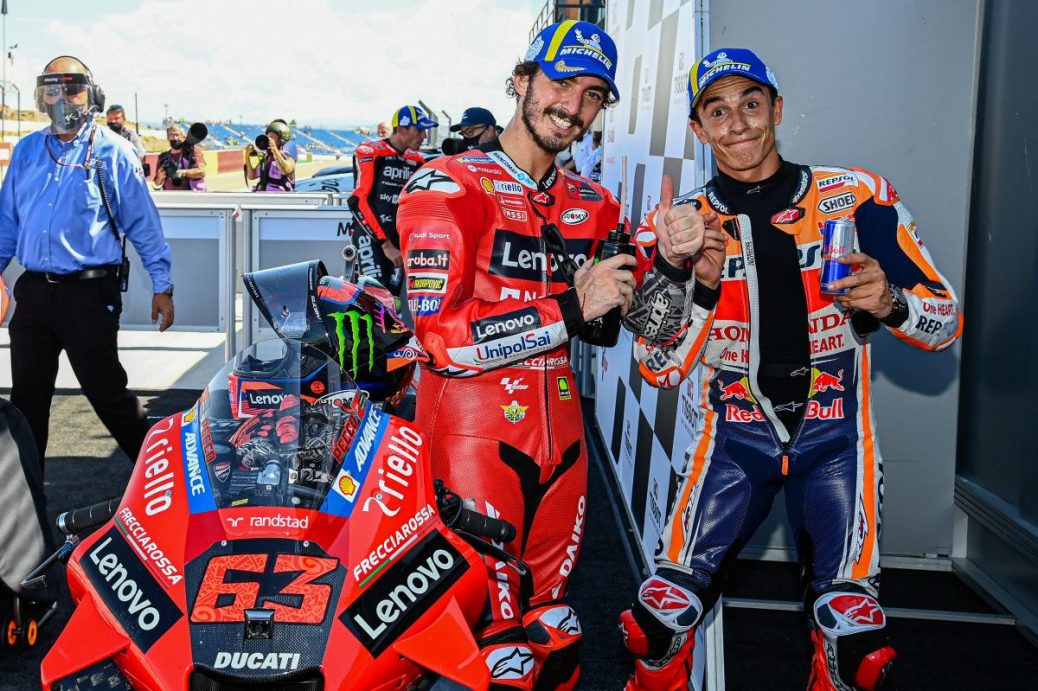 It was a victory fight that will be talked about for many years to come. Francesco Bagnaia vs Marc Marquez, Ducati Lenovo Team vs Repsol Honda Team. It became clear in the early stages of the Aragon GP race that Bagnaia and Marquez had an edge on the rest. Marquez chasing his fifth win in his last five races at MotorLand, Bagnaia desperate for his first in the premier class. It was only a matter of time before Bagnaia won a MotoGP™ race. The 2018 Moto2™ World Champion has had a trio of second place finishes in 2021, with that Lap 1 crash at the Italian GP from the lead his only big mistake of the season.