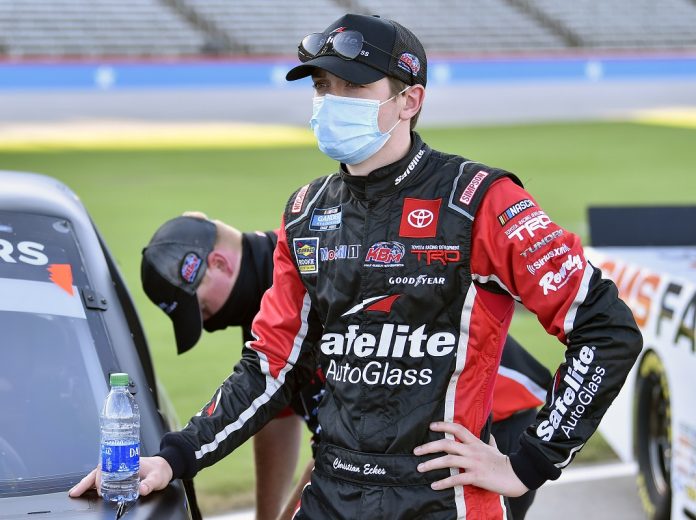 KANSAS CITY, Kan. – Christian Eckes will lead the NASCAR Gander RV & Outdoors Truck Series field to green Friday night for the first leg of a doubleheader weekend at Kansas Speedway. 1 pill during a random draw conducted in advance of the Kansas 200, the ninth race of the Gander Trucks season. It’s the second time this season that Eckes will start from pole due to the random draw. The top 15 finishers in Friday’s race will be inverted to set the starting lineup for the second leg of the doubleheader, with the remaining drivers starting straight up based on their Friday finishing positions from 16th on back.