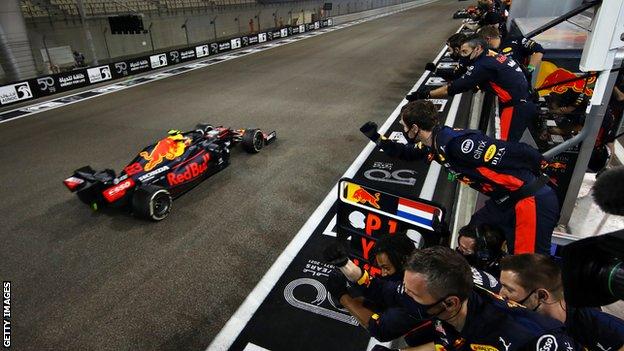 Alexander Albon is a contender for a return to Formula 1 with either Alfa Romeo or Williams next year, Red Bull team boss Christian Horner says. “Alex deserves a seat in F1 next year,” Horner said. Williams driver George Russell is widely expected to move to Mercedes in place of Valtteri Bottas. Horner said: “George moving, Kimi retiring – that does open up opportunities.”. Mercedes’ Formula E world champion Nick de Vries has been linked with a move up to F1, and has also been mentioned in connection with both Williams and Alfa Romeo. Wolff said he wanted “to keep Nick in the [Mercedes] family” but added: “I wouldn’t block him from F1.”.