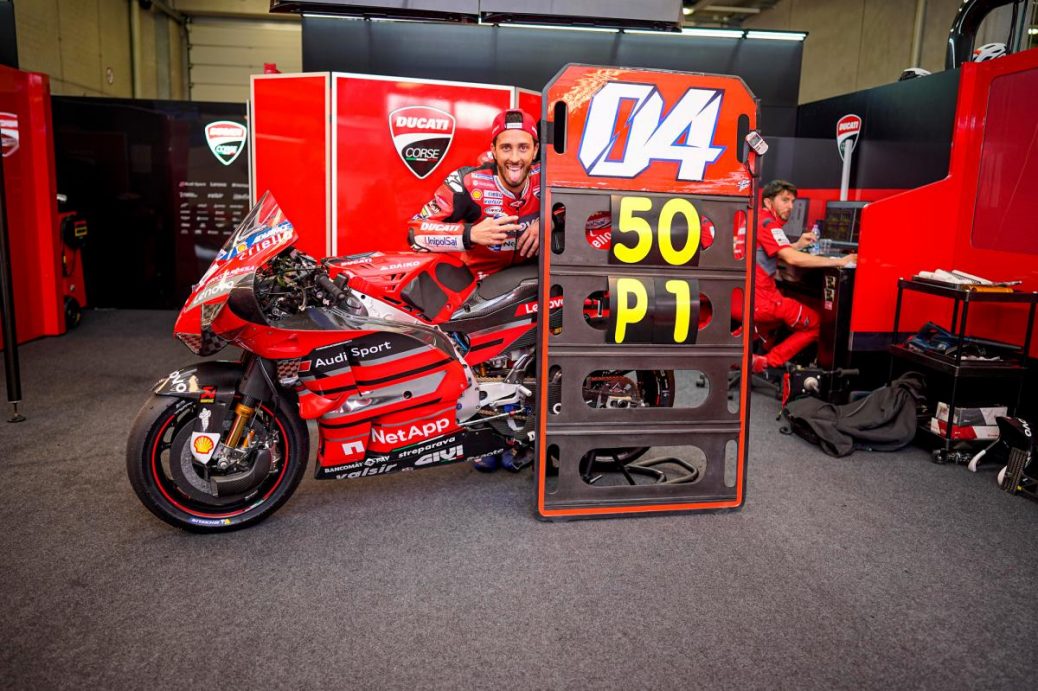 Ducati reach a half century of MotoGP™ victories

Ducati joined an elite club of fellow manufacturers on Sunday after Andrea Dovizioso completed a hat-trick of wins around the Red Bull Ring. Capirossi would go on to take six more victories in the famous red of Ducati and finds himself third on the list of most MotoGP™ wins for the factory. Three riders have taken just a single victory for Ducati and all three of them are memorable occasions. First, Dovizioso with now 14 wins and then, of course, the only man to have clinched the MotoGP™ World Championship for Ducati, MotoGP™ Legend Casey Stoner with 23 victories. In his debut year with the Italians he took ten victories, finished off the podium on just four occassions and cruised to Ducati’s only MotoGP™ title to date.