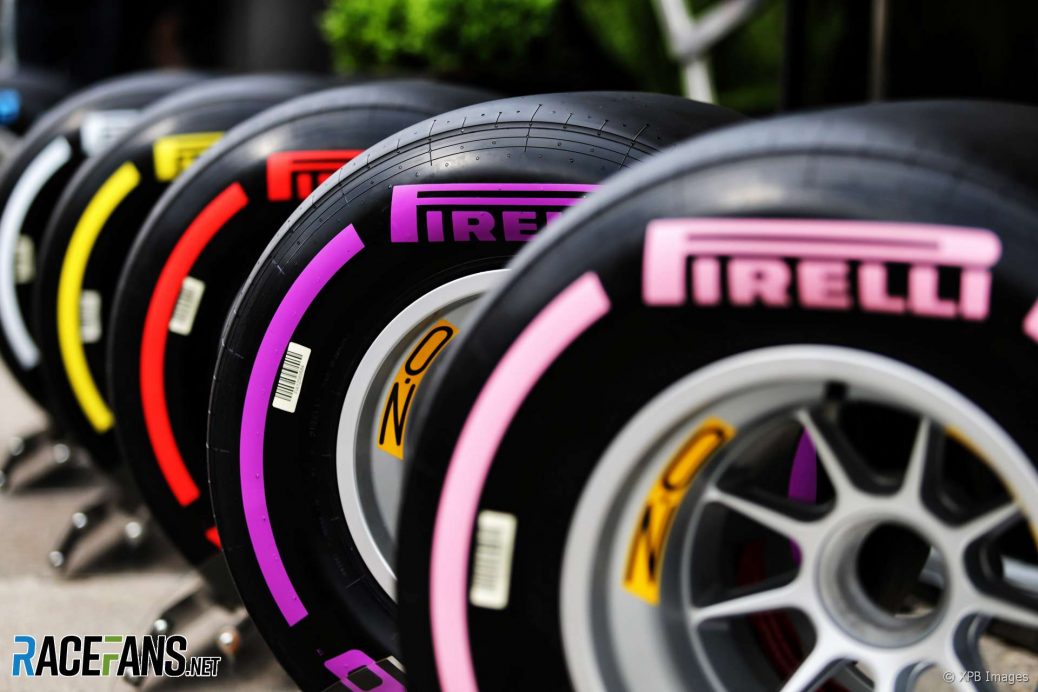 Toro Rosso and Williams have made aggressive tyre selections for Abu Dhabi, choosing 10 sets of the hyper-soft tyres.
However Renault, which goes into the final race of the year seeking to lock up a lucrative fourth place in the constructors’ championship, has selected the smallest number of hyper-softs, with seven sets for each of its two drivers.
The top three team, Mercedes, Ferrari and Red Bull, have all opted for eight sets of the softest available tyre.
As of the 2019 F1 season the three available tyre options will be named hard, medium and soft irrespective of which compound they are.