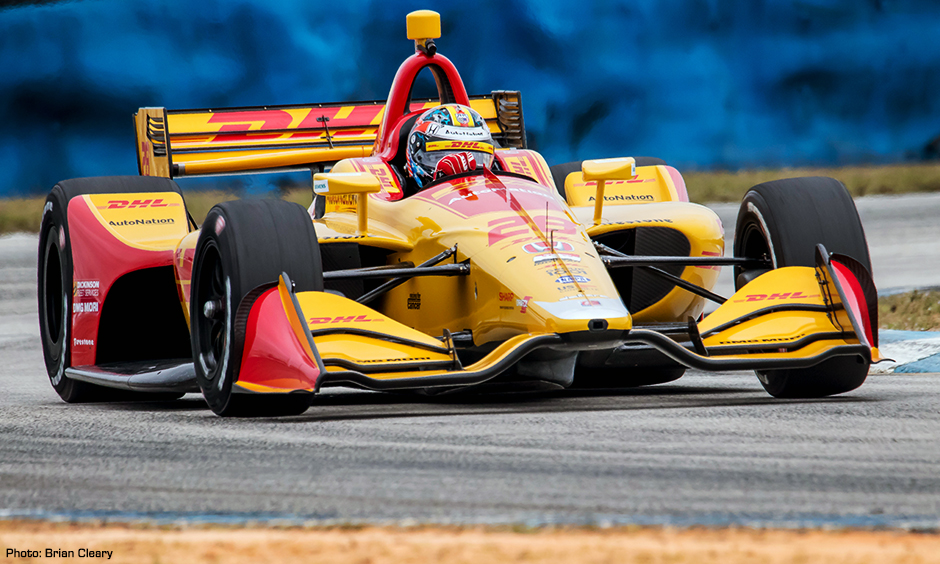 Spencer Pigot: “Eight other drivers, including his three Andretti Autosport teammates, took to Sebring’s short course for an eight-hour test session as the NTT IndyCar Series looks toward the March 10 season opener on the streets of St. Petersburg, Florida.”
“We’ve learned a lot about the aero kit and how the car reacts to it, so we’re trying to put everything we learned last year and all the ideas we had in the offseason together and make fine-tuning adjustments to the car now,” said Spencer Pigot, who joined new Ed Carpenter Racing teammate Ed Jones for the test.
Aside from Veach, Pigot, Jones and Andretti, Tuesday’s test included Rossi, Hunter-Reay, James Hinchcliffe, Graham Rahal and Chip Ganassi Racing rookie Felix Rosenqvist.