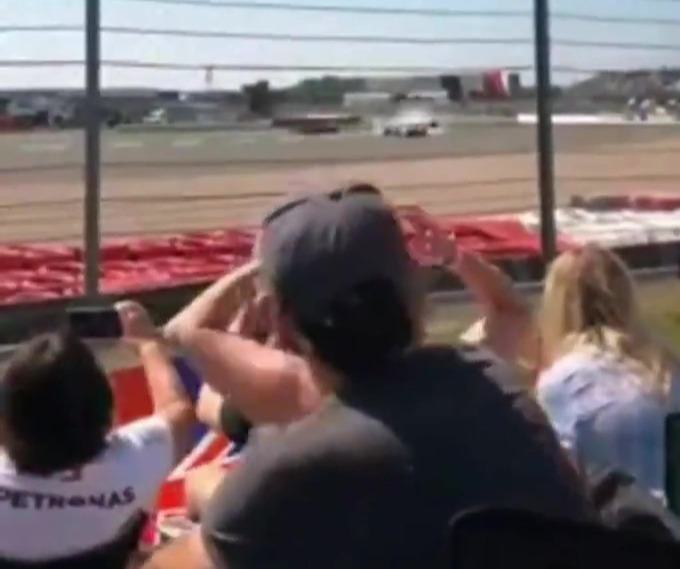 FAN FOOTAGE of Max Verstappen’s crash during the British Grand Prix on Sunday reveals just how brutal the incident was. Amateur photographers were sat just behind the fence and were scattered with debris as the Red Bull driver crashed into a tyre wall. Verstappen, 23, suffered a high-speed crash after colliding with Lewis Hamilton at Silverstone’s famous Copse Corner. Verstappen was rushed to hospital to be checked after suffering the crash but thankfully avoided injury. Hamilton, 36, was blamed for the crash and was awarded a 10-second penalty by race stewards, although he still managed to win the race. “But if the stewards needed to get involved then they should have given Lewis more than a 10-second penalty.