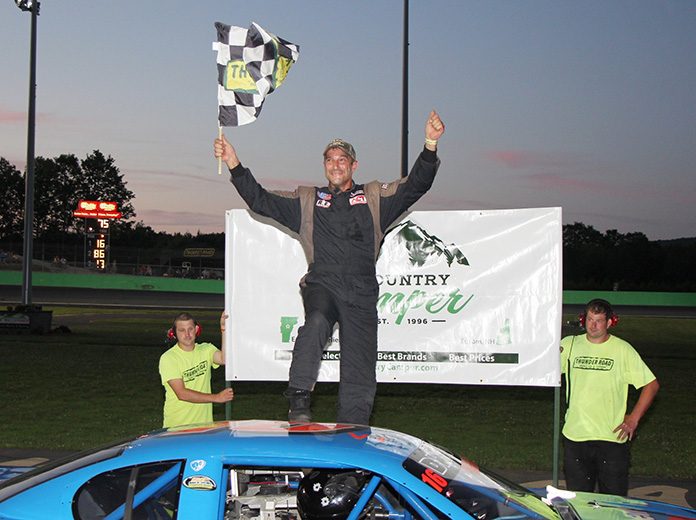 BARRE, Vt. — Scott Dragon continued his long road back from a tough start to the season by winning the Country Camper Midseason Championships at Thunder Road Int’l Speedbowl on Friday. Morris led the first five laps off the outside pole before Smith clawed back on the inside. Following the first caution on lap eight for Matt White’s spin, Smith held onto the top spot as Dragon slid into the third position. It was Morris who put the bumper out front on this restart, leading the next two laps before Smith surged back ahead on the 40th circuit. Gravel moved around Smith for the second spot with 15 laps to go in a slow but steady charge from ninth on the grid. Haidyn Pearce went pole-to-pole for his second career Burnett Scrap Metals Road Warrior victory in their 25-lap feature.