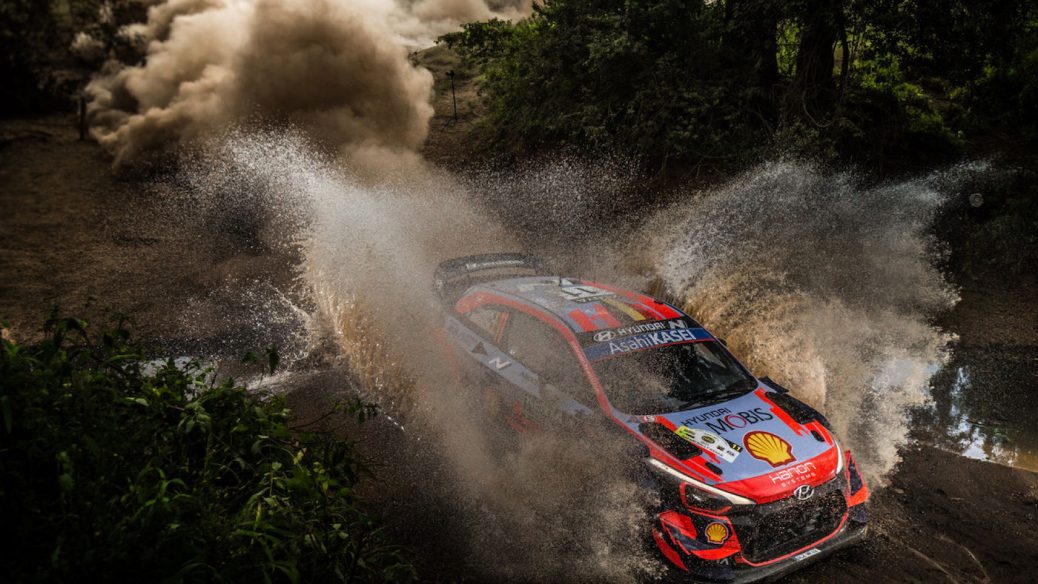 Thierry Neuville stretched his Safari Rally Kenya lead to almost a minute on Saturday after a tense finale to the penultimate leg. Neuville fared well in comparison to Katsuta, who skated off the road and conceded more than 20sec to his rival. Katsuta is fighting for his first WRC podium in a Toyota Yaris and came under increasing pressure from Ott Tänak. He dropped more than a minute to Katsuta and instead of challenging for second, Tänak found himself relegated to fourth. They are 12th and 13th, Sordo winning the last stage after a dry run before the rain arrived.