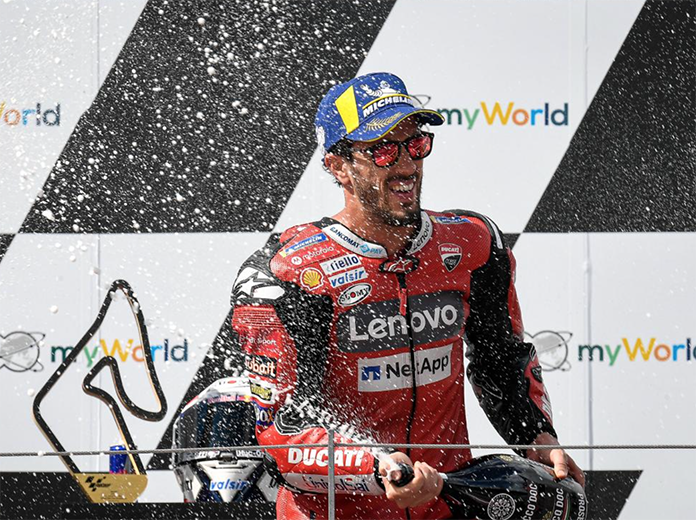 SPIELBERG, Austria – Andrea Dovizioso escaped a chaotic afternoon at the Red Bull Ring wit his first victory of the MotoGP season for the Ducati marquee. Espargaro and Miller ended up in a battle for the lead following the restart, with Miller emerging with the race lead. Miller stretched his lead out to one second over the fight for the runner-up position, with Dovizioso eventually dispatching Espargaro to take the position. Soon Espargaro had faded into a battle with Mir and Oliveira while Dovizioso and Alex Rins were chasing down Miller for the lead. At the front Miller suddenly had his mirrors full of Dovizioso and Rins. With the pressure on, Miller couldn’t hang on as Dovizioso slipped past Miller going into turn one. That left Dovizioso in the lead ahead of Miller, Mir and rookie star Brad Binder.