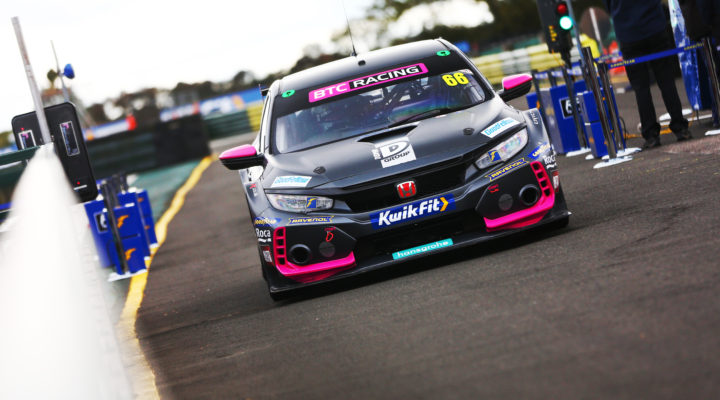 DOUBLE DELIGHT FOR BTC RACING WITH BEST-EVER WEEKEND AT CROFT

BTC Racing celebrated its best-ever weekend of results with a commanding performance that secured a double victory and triple podium during rounds 19, 20 and 21 of the Kwik Fit British Touring Car Championship at Croft Circuit (10/11 October). Josh Cook opened up the trophy tally by claiming a maiden double win for himself and the team in the opening two contests, with Tom Chilton following up with the Independent win and third-place podium in race three. Starting from pole with the maximum 60kg of ballast on-board, Cook made an excellent charge off the line in race two. We won our first-ever race at Croft back in 2018, and then to do what we did last weekend is what dreams are made of. “Race one was a great lights-to-flag victory, and with the fastest lap. We had the maximum ballast for race two, so I just needed to control it. It was just a shame as the weekend was both mine and also the team’s first double win.