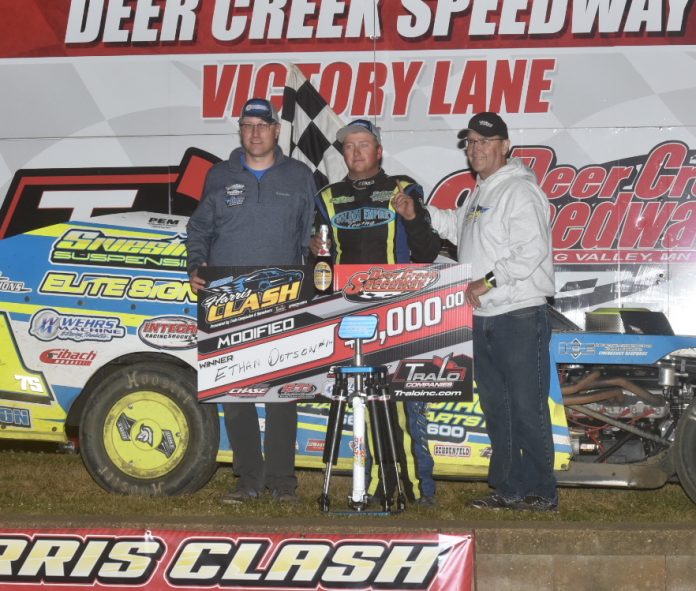 SPRING VALLEY, Minn. — Ethan Dotson raced his way into the record book with his first Harris Clash victory. Dotson continued to make the most of the higher line in the race to the checkers as Aikey and then Carter ran in second. Dotson had become the youngest driver, at 16, to win the Clash in 2015. Making just his second Clash start, Thompson was building on a big lead before the first of two back-to-back cautions just after midway. “I told myself when I got in a SportMod that this was one of the races I wanted to win.