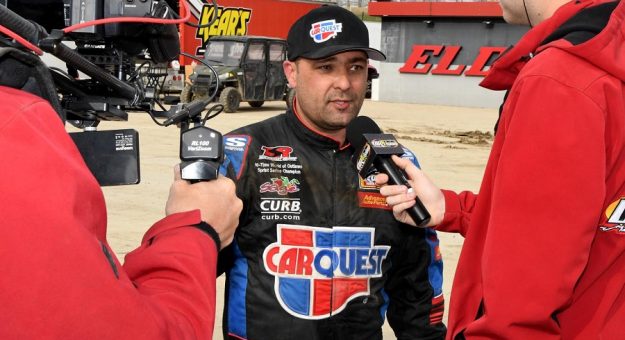 INDIANAPOLIS – 10-Time World of Outlaws (WoO) NOS Energy Sprint Car Series champion Donny Schatz will return to the historical Eldora Speedway this week, but it won’t be in his winged sprint car. Instead, Schatz will return to dirt late model racing as he’ll take a run at The Eldora Million, one of the most legendary events in the history of the hallowed high-banked half-mile clay oval. “I remember the first time The Eldora Million was held in 2001 and what major event it was,” said Schatz. Schatz made his dirt late model debut at Eldora Speedway on June 6, 2012, in the eighth annual Prelude to The Dream event, finishing fourth. His appearance in the star-studded race sparked a major interest in dirt late model racing and Schatz has competed in his familiar No.