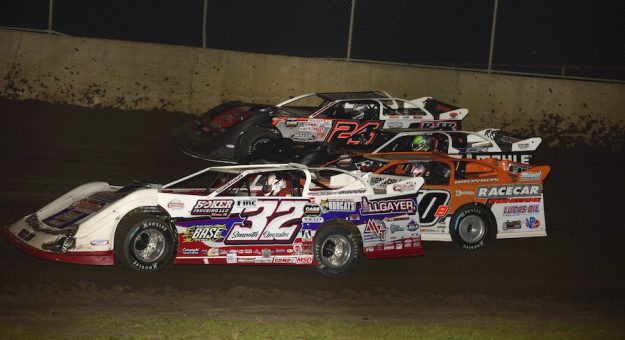 GRANITE CITY, Ill. — Bobby Pierce had one thing on his mind before the World of Outlaws CASE Construction Equipment Feature Friday at Tri-City Speedway. Pierce, who started on the pole, realized the importance of that position before the race began. “I noticed [the track] wasn’t all that tacky,” Pierce said. Pierce was worried about stepping to the outside as the laps wound down. “It was bottom dominant there for most of the race, but they did everything they can; there were a lot of race cars,” Bronson said. The “Reaper” fell back a few spots early in the race before a Lap 11 restart when he passed three cars in six laps. Gustin felt he had the best car in the feature but couldn’t get by Bronson and Pierce.