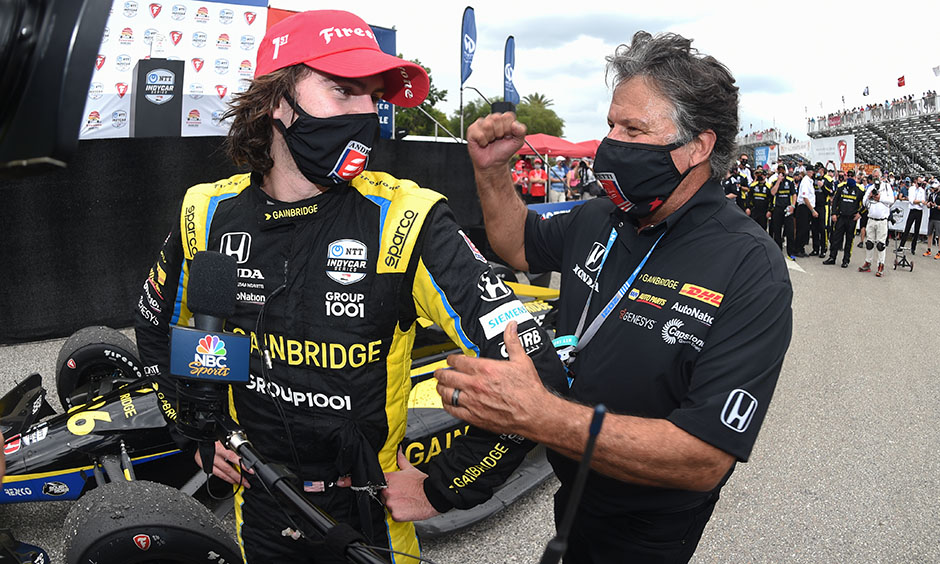 Colton Herta put the disappointment of a tough season opener behind him to dominate the Firestone Grand Prix of St. Petersburg on Sunday, earning his first NTT INDYCAR SERIES victory of the season. NTT P1 Award winner Herta led a race-record 97 of 100 laps from the pole in the No. Herta’s average speed was 96.552 mph in a race slowed by just three full-course cautions for nine laps. Herta, who started the race on the Firestone “red” alternate tires, chose Firestone “black” primary tires on his final pit stop on Lap 67. It appeared tire strategy would be moot three laps after those final stops, as Herta was on cruise control and led Newgarden by 9.4390 seconds on Lap 70. “He’s so good around here,” Herta said of Newgarden. It was the fourth career victory for Herta, 21, in his third season in the NTT INDYCAR SERIES.