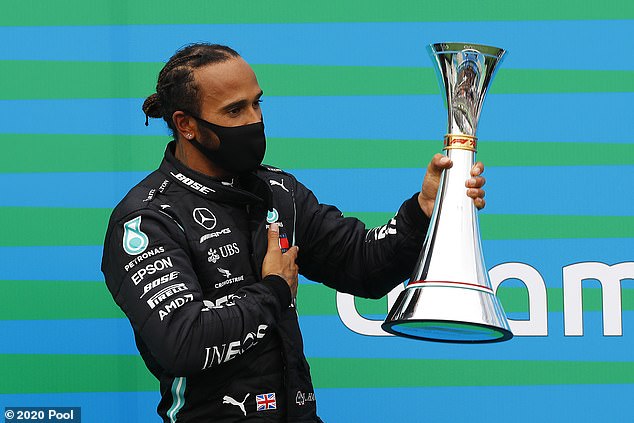 ‘Do I expect Lewis to win every race? There’s a 50-50 chance’: Lando Norris backs Hamilton for a British double as Formula One heads to Silverstone with world champion in fine form

Lando Norris believes Lewis Hamilton is 50-50 to win both of the coming Silverstone races and remain unbeaten all season. Lewis Hamilton has been backed to complete a Silverstone double as F1 heads to Britain. But Hamilton, whose record he beat, has since found his focus to win the last two races in a style that has swept all before him. And Norris, preparing for the Covid-dictated double-header at Silverstone this coming weekend and next, said: ‘Do I expect Lewis to win every race? The six-time world champion has been in fine form, winning the last two races. Being so young, his first memory of Silverstone is of Hamilton winning brilliantly in the wet in 2008 to great acclaim.