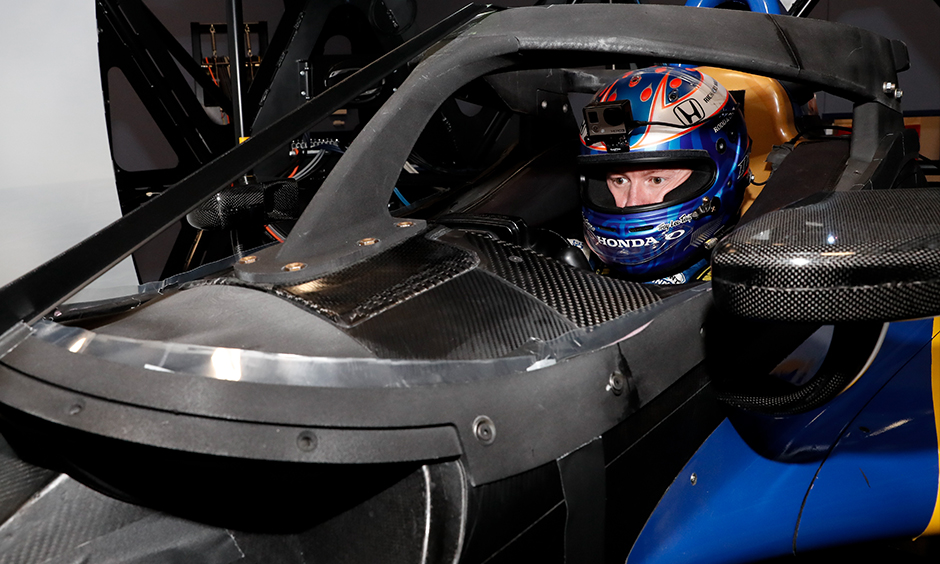 Tuesday’s test at the Dallara Research Center in Speedway, Ind., included Dixon driving simulated laps around five NTT IndyCar Series tracks, including Indianapolis Motor Speedway.
While the polycarbonate laminated screen was not in place for this test, Dixon said he experienced no visibility issues with the framework of the prototype produced by Roush Creative Services.
In addition to visibility, INDYCAR officials wanted Dixon’s opinion on the change in center of gravity the Aeroscreen creates and the varying loads associated with it.
Dixon has been utilized in two other Aeroscreen tests in this process, the most recent in the same simulator in December.