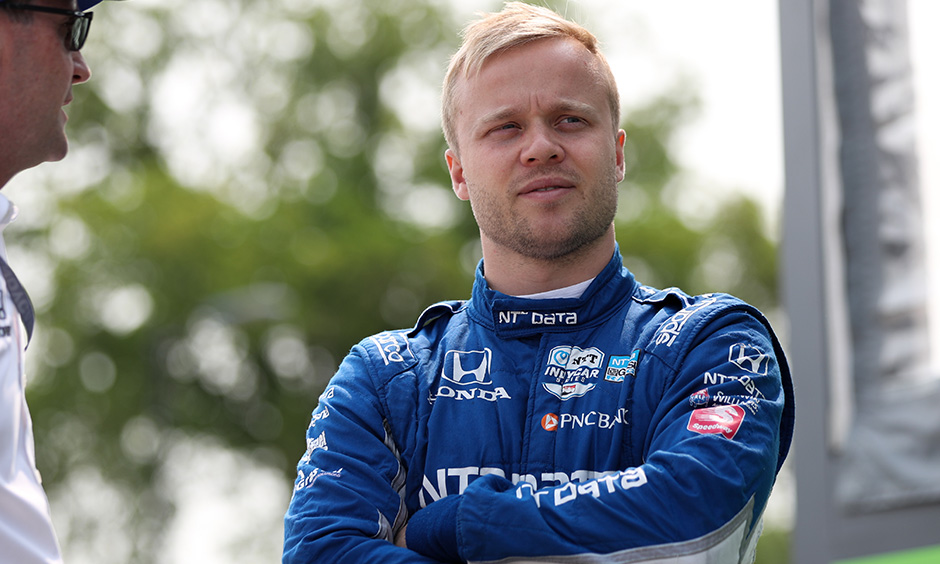 After winning for the sixth time at Mid-Ohio, Dixon reiterated his respect for Rosenqvist and how his new teammate has been a solid addition.
Dixon, a rookie way back in 2001, has had his share of teammates over the years, but likes Rosenqvist because they favor similar racing set-ups.
Scott Dixon: “He’s going to win a lot of races.”
Dixon struggled in practice to find the pace, but Rosenqvist locked in on a solid set-up to help his teammate.
He praised Dixon for being able to hold him off despite driving on badly worn tires in saying, “That’s why he’s getting the big bucks.”