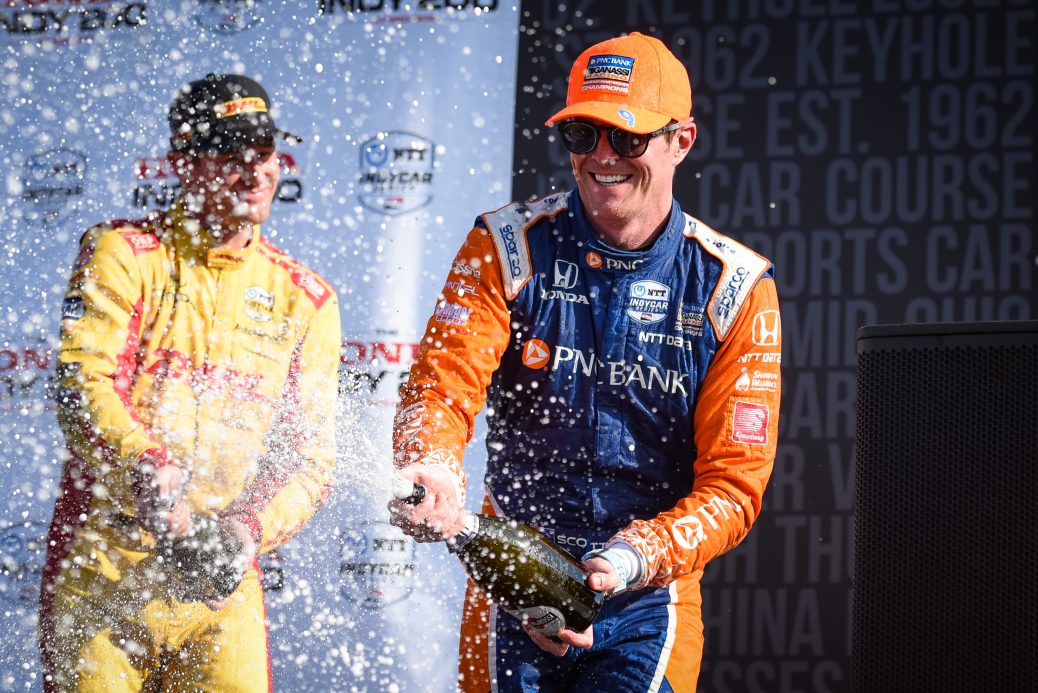 “Oh, man, that was crazy,” said Dixon, who drives the No. 9 PNC Bank Honda.
Rosenqvist, chasing his first career win in the NTT IndyCar Series, said the team told him to race hard for the lead while being mindful of Dixon’s position as a teammate and championship contender.
Dixon also scored his second win of the season, a record-extending sixth at this 13-turn, 2.258-mile circuit and allowed Chip Ganassi’s team to break a tie with Newman-Haas Racing for second-most entrant wins in history with 108.