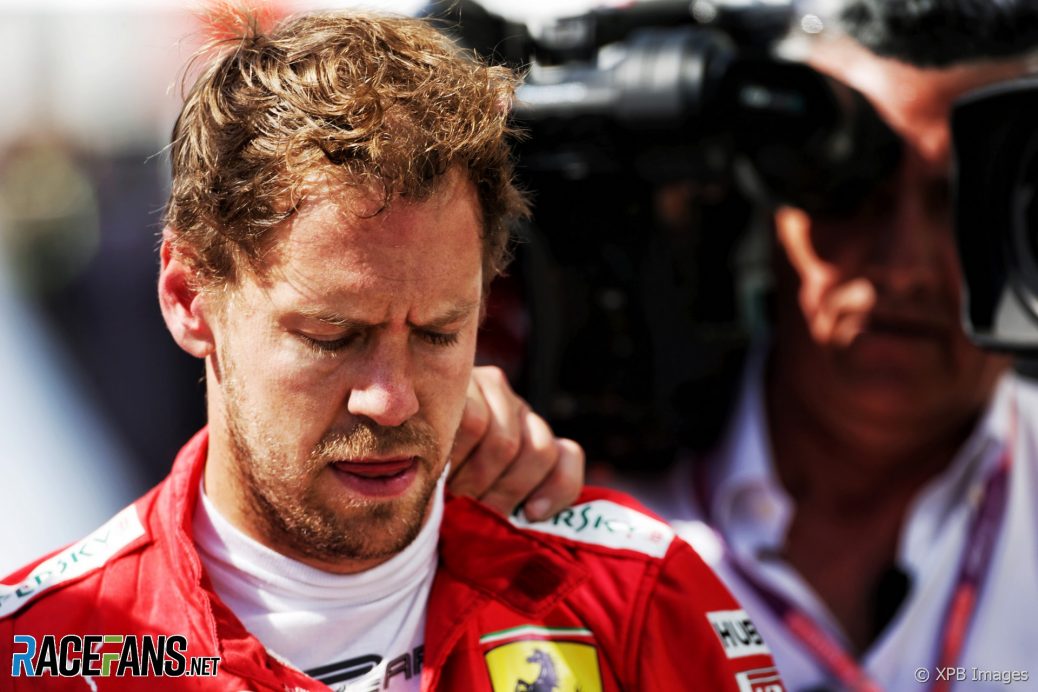 Sebastian Vettel deserved his penalty for rejoining the track unsafely in the Canadian Grand Prix and was “disrespectful” towards the stewards, says Nico Rosberg.
Vettel was given a five-second time penalty for rejoining the track unsafely and forcing Lewis Hamilton to take evasive action.
Nico Rosberg: “But again we saw this typical thing that when the pressure is on and it’s a battle between Lewis and Vettel, Vettel just makes those mistake.”
Nico Rosberg: “Vettel went all the way across and I think he could have easily left a little bit more space, especially in the latter phase like after Lewis started braking.”