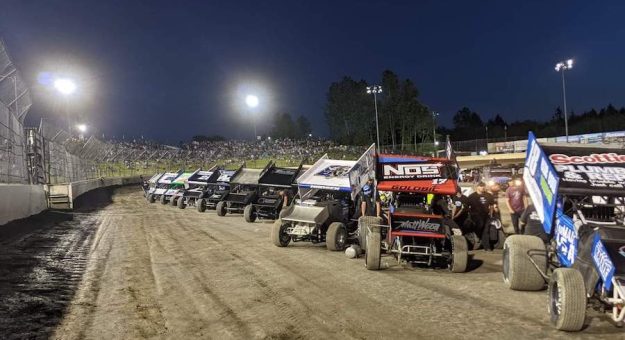 Dirt Cup Notes: The Return Of The 410s

ALGER, Wash. — After an 8-year hiatus, 410 sprint cars made a triumphant return to Skagit Speedway during the 50th annual Jim Raper Memorial Dirt Cup. On both prelim nights, Courtney tallied the most points heading into the features. Courtney punctuated the week by winning the 50-lap finale and banking $76,000. That’s $50,000 for winning and $1,000 for each of the 26 laps he led. • Courtney led a trio of drivers who were especially impressive in making their first starts at Skagit. It had been 23 years since “TK” crossed the stripe first in a Dirt Cup prelim event, his one other event win coming in 1999. Friday saw Puyallup, Wash., racer Trey Starks earn his first Dirt Cup prelim victory following a duel with Scelzi.