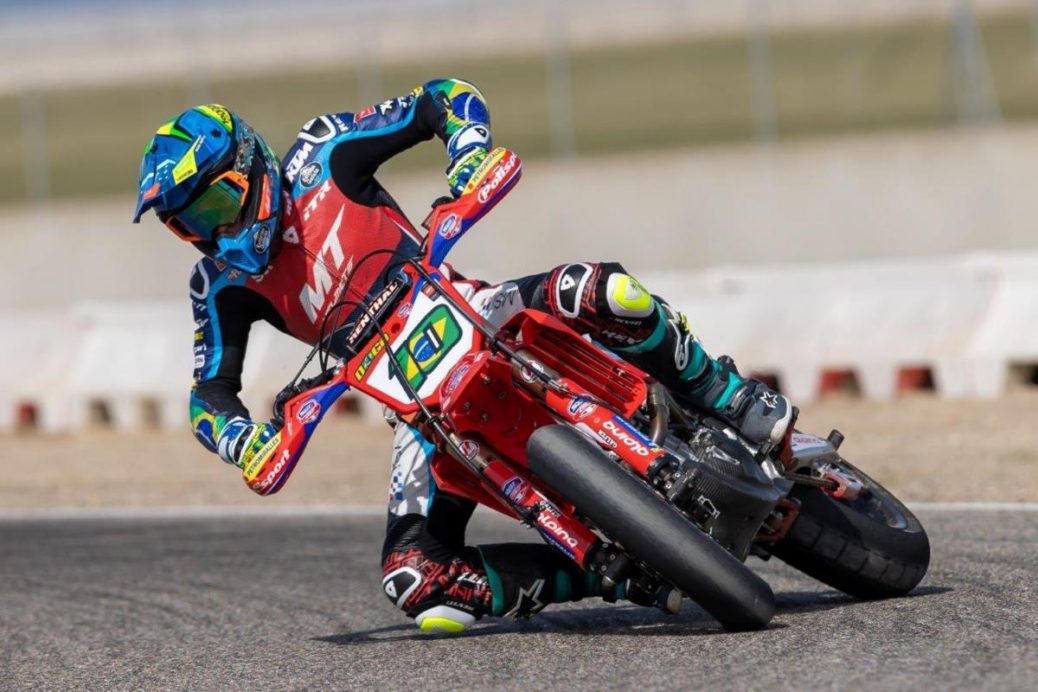 He’s yet to taste World Championship victory in the Moto3™ World Championship, despite leading the Rookie of the Year chase, but Brazil’s Diogo Moreira (MT Helmets – MSI) did manage to taste World Championship success of some kind over the weekend. He converted that pole into a dominant win in the opening race of the weekend later that day, coming across the line a quite incredible eleven seconds clear of second place. Sunday included two more races, a sprint race and then the final feature race of the day. Moreira grabbed the holeshot for the ‘FastRace’ and romped clear of the field once again, taking his second win of the weekend by just under six seconds. He caught and passed a handful of riders, including the 2021 Supermoto World Champion, to come across the line in second place and confirm the overall victory in Round 2 of the Supermoto World Championship. It’s another bumper weekend of action as we head to a world-famous venue for Round 7 of the 2022 season.