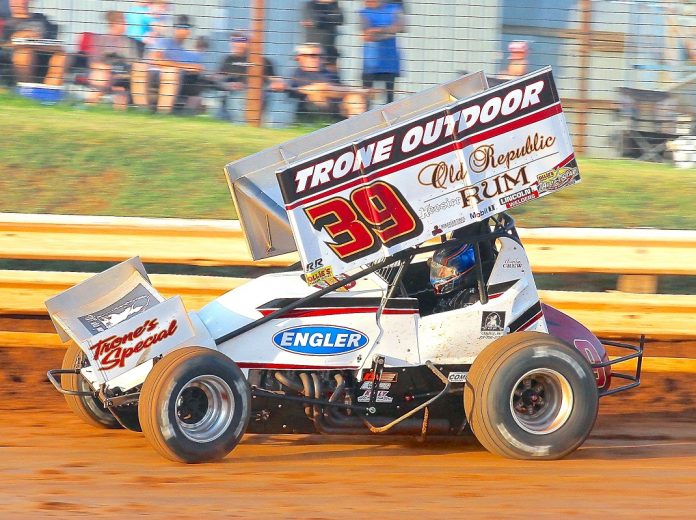 Dietz Lands Ride In Trone No. 39 For Three Races

DALLASTOWN, Pa. — While most of the recent sprint car silly season announcements have been focused at the national level, Chase Dietz saved some regional news for late this week. Dietz confirmed to Sprint Car & Midget on Thursday that he’ll be running the final three 410 sprint car races of the Central Pennsylvania season for veteran owner John Trone. “I’m fortunate to have people in this business that have given me opportunities, and John is definitely one of those people,” Dietz told Sprint Car & Midget. “I had talked to John years ago (about racing for him), right around the time I got out of the 358 (sprint cars) and was getting into the 410s. Dietz’s enthusiasm for taking the reins of an entry as iconic as Trone’s No. “Man, it’s exciting,” said Dietz of driving for Trone.