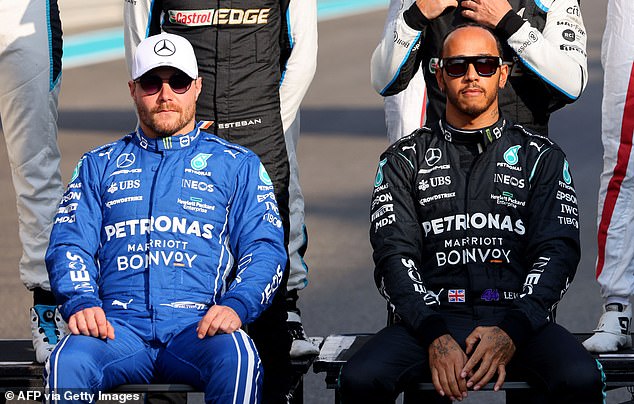 Lewis Hamilton was pipped to the world championship by Max Verstappen but former Formula 1 driver Jolyon Palmer believes the Brit’s team-mate Valterri Bottas is to blame for the loss. The controversial call has been slammed by fans with many blaming it for Hamilton’s loss. But Palmer has claimed the Brit’s wingman Bottas let his Mercedes team-mate down by ‘going missing’ to allow Verstappen to take the lead. If Bottas is within a pit-stop window of Verstappen, Verstappen is not having “free” stops willy-nilly. ‘A great driver for the team for so many years, his last race he went missing and it meant Verstappen had a free stop at the Virtual Safety Car, free stop at the Safety Car.