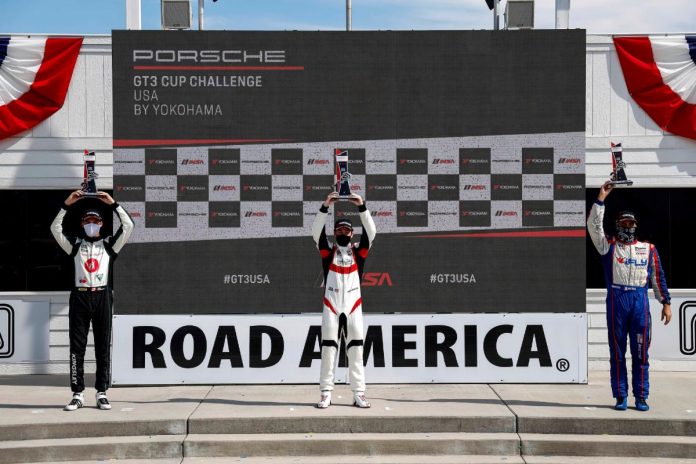 ELKHART LAKE, Wis. – A win is a win, and that’s exactly what Riley Dickinson got on Sunday morning at Road America. In round two of the Porsche GT3 Cup Challenge USA by Yokohama season, Dickinson started from the pole position in the No. While he was overtaken on the first lap by Saturday’s race winner, Jeff Kingsley in the No. 16 Kelly-Moss Road and Race Porsche, Dickinson stayed within sight of the leader. 16 Porsche drove wide into turn five and as Kingsley gathered the car, Dickinson sped past into the lead and on to the victory. In the Gold Cup class for Porsche 911 GT3 Cup cars built between 2014 and 2016, there was drama even before the green flag was waved. However, on the out lap, Castro’s Porsche whipped around and hit the wall in turn five.