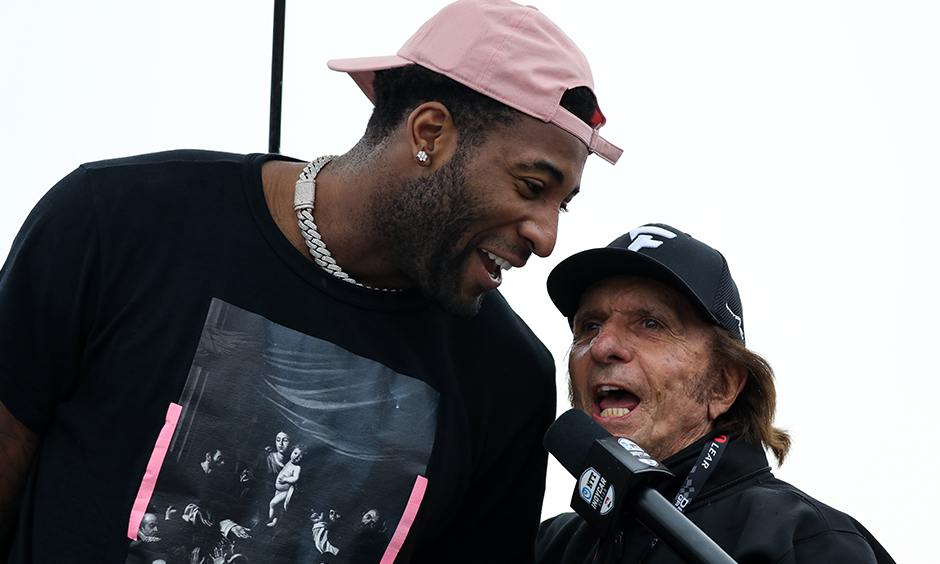 Detroit – a pair of Detroit sports superstars made their first visit to the Chevrolet Detroit Grand Prix presented by Lear on Saturday and enjoyed every fast-paced minute of it.
Andre Drummond, center for the NBA’s Detroit Pistons, and retired Detroit Red Wings great Darren McCarty of the NHL got their first up-close taste of the NTT IndyCar Series at Race 1 in the Chevrolet Detroit Grand Prix presented by Lear.
McCarty, whose NHL career ran from 1993-2009 and predominantly with the Red Wings, was in awe of what he saw and what drivers experience after climbing out of the two-seater – especially in rainy conditions at the start when he circled the course.