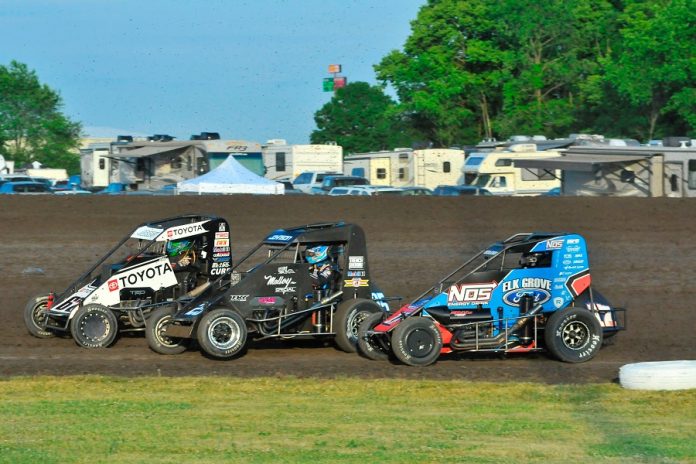 MERCED, Calif. – With the debut of the NOS Energy Drink USAC National Midget Series at Merced Speedway drawing closer, event details and purse information for the 600, Midget Lite and sprint car events have been finalized. To end the night after practice and feature events, the NOS Energy Drink USAC National Midget Series will have the option to take part in a King of the Hill event. Round two will see the top three from each group face off against the top three from the other group that was on their side of the bracket. This round is lined up by random draw, with the top three finishers advancing to the finals to battle the top three from the other semifinal match race. The first two rounds will be eight laps, and the final round will be a 10-lap Dash.