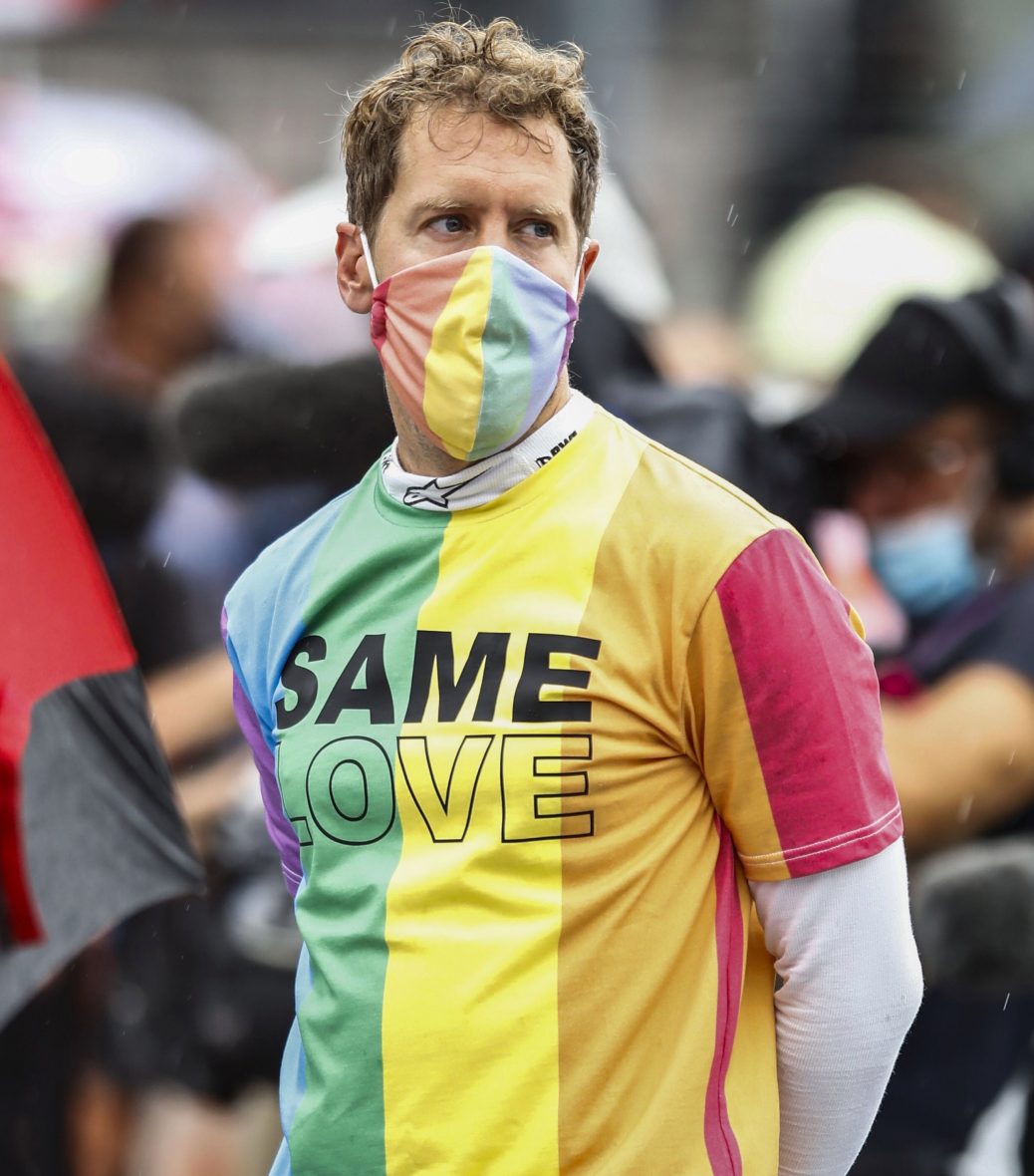 SEBASTIAN VETTEL has been issued a reprimand for failing to remove his rainbow t-shirt ahead of the Hungarian GP. But they were instructed to remove any such t-shirts before the national anthem and wear their race suits in a pre-race note issued by race director Michael Masi. Vettel failed to remove this t-shirt for the national anthem and claims he forgot to take it off because of the onset of rain. Vettel, who was second in the race, spoke to Sky Sports ahead of the verdict and said: “I heard it’s because I left my shirt on for the national anthem. But Vettel was disqualified after the race for failing to provide a fuel sample.