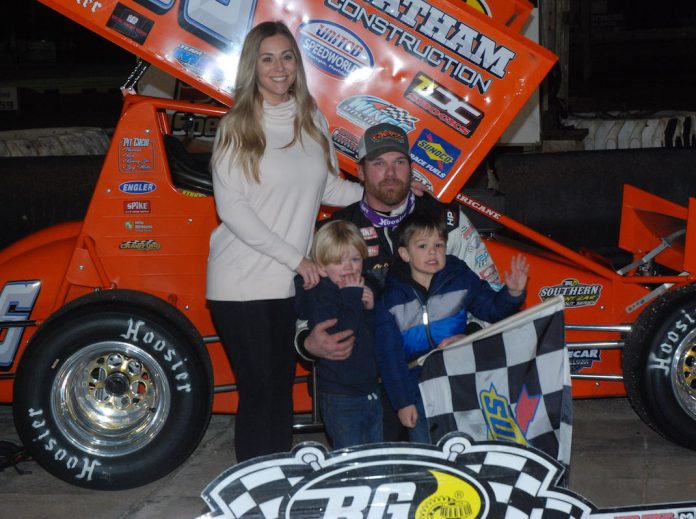 PUNTA GORDA, Fla. — Troy DeCaire took the lead on lap four and never looked back on his way to capturing the season opener for the BG Southern Sprint Car Shootout Series Saturday night at 417 Speedway. DeCaire trailed closely and made his move on lap four exiting turn two to take the top spot. A fierce battle for second between Sport Allen, Scotty Adema, and Joey Aguilar ensued most of the race as DeCaire checked out on the filed building a lead of 8.429 seconds at the checkered. Aguilar Overtook second position from Scotty Adema on the final lap with Sport Allen and Daniel Miller rounding out the top five. Troy DeCaire, Joey Aguilar, Scotty Adema, Sport Allen, Daniel Miller, Tommy Nichols, Stan Butler, Travis Bliemeister, Gary Wiggins, Ryan Adema.