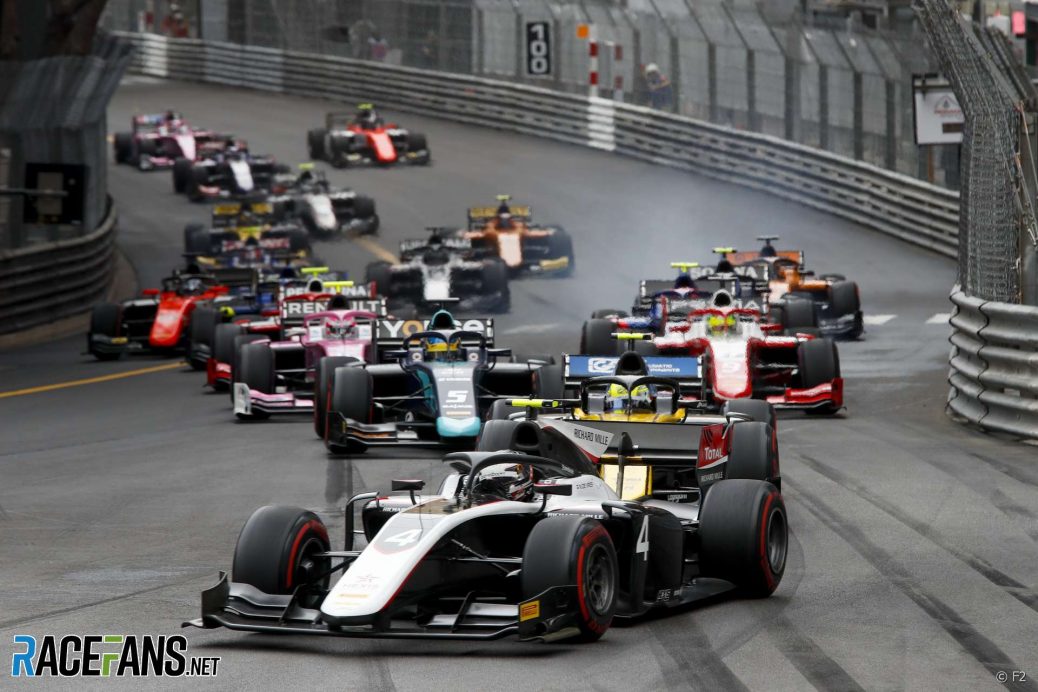 Nyck de Vries boosted his F2 championship chances by winning the Monaco feature race after Mick Schumacher caused a lengthy red-flag interruption.
De Vries took the lead easily at the start after fellow front row occupant Callum Ilott’s car “turned itself off” ahead of the original start, according to its distraught driver.
Following the restart Schumacher, and the other drivers behind him who has pitted, were classed as being a lap down.
Schumacher was also given a drive-throughpenalty for the Calderon collision, as well as a five-second time penalty for cutting the track.