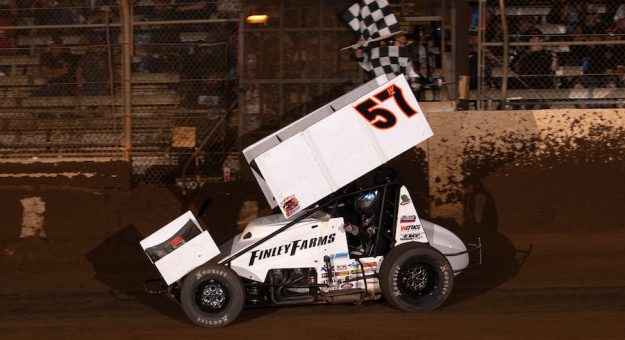 Day Does It Again In California

PLACERVILLE, Calif. — At just 16 years old, Corey Day continues to write his name in the West Coast racing history books. Scelzi led the lap four restart, and Day quickly jumped into the runner-up spot and began to pursue the reigning series champion. On lap eight Day showed Scelzi a nose, but “The Dominator” shut the door in the next corner. Day pulled slightly ahead of Scelzi until a lap 13 caution for a spinning Max Mittry bunched the field together. Day and Scelzi nearly touched on the restart after an attempted Scelzi slider but Day held on. Scelzi came out ahead, but when the yellow flew on lap 16 for C.J. It all worked out, and we’re here in victory lane,” Day said with a smile.