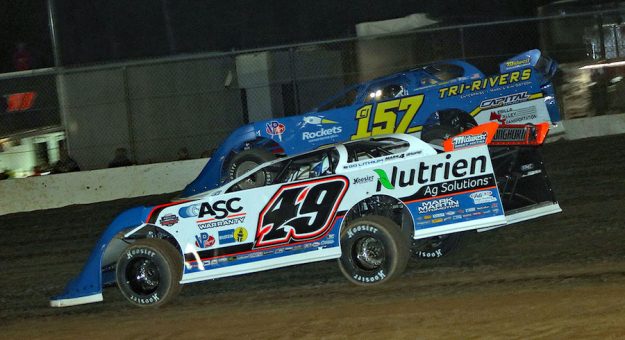 Davenport Drives Away At Brownstown

— Jonathan Davenport drove away from the field to win Wednesday night’s Castrol FloRacing Night in America late model feature at Brownstown Speedway. Starting third, Davenport took the lead from Mike Marlar on the fifth lap and was in a class of his own during the remainder of the 50-lap event on the quarter-mile dirt track. Davenport earned $22,022 for his second victory in less than a week. Bobby Pierce raced from fifth to finish second, while Marlar, who was the night’s fast qualifier, finished third. Brandon Overton and Kyle Larson, who won Tuesday at Eldora Speedway, rounded out the top five.