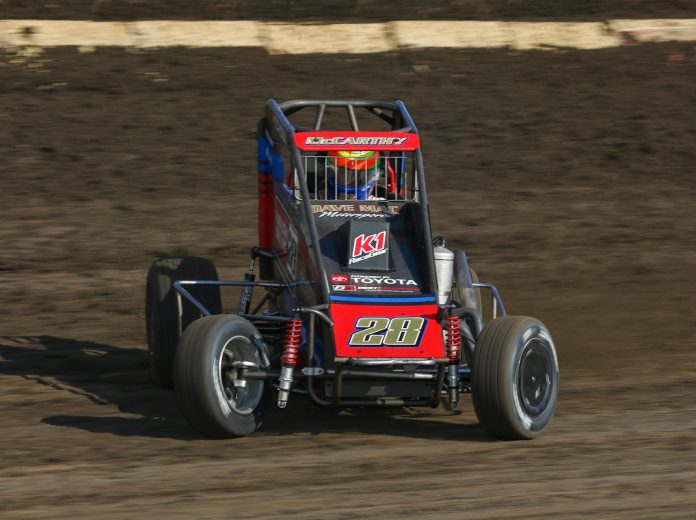 BIXBY, Okla. – Dave Mac Motorsports revealed its first four drivers for the 35th Lucas Oil Chili Bowl Nationals on Monday night, featuring continuity from its outdoor program this season. Michael Faccinto and Jace McIntosh, who each wheeled a Dave McIntosh-owned entry during the Chili Bowl this past January, will also return to the squad. “We’re excited to put our first four guys out there and glad to have them all back with us for this year’s Chili Bowl,” McIntosh said when reached by phone Monday night. Gass made his Chili Bowl debut this year, but it was short lived, with struggles on his preliminary night leading to a DNS in the O main Saturday. Jace McIntosh, the eldest son of Dave McIntosh, made his Chili Bowl debut in January and will be back for his second straight run at the Super Bowl of Midget Racing in a family-owned entry. Jace McIntosh finished 13th in an M main during this year’s Chili Bowl.