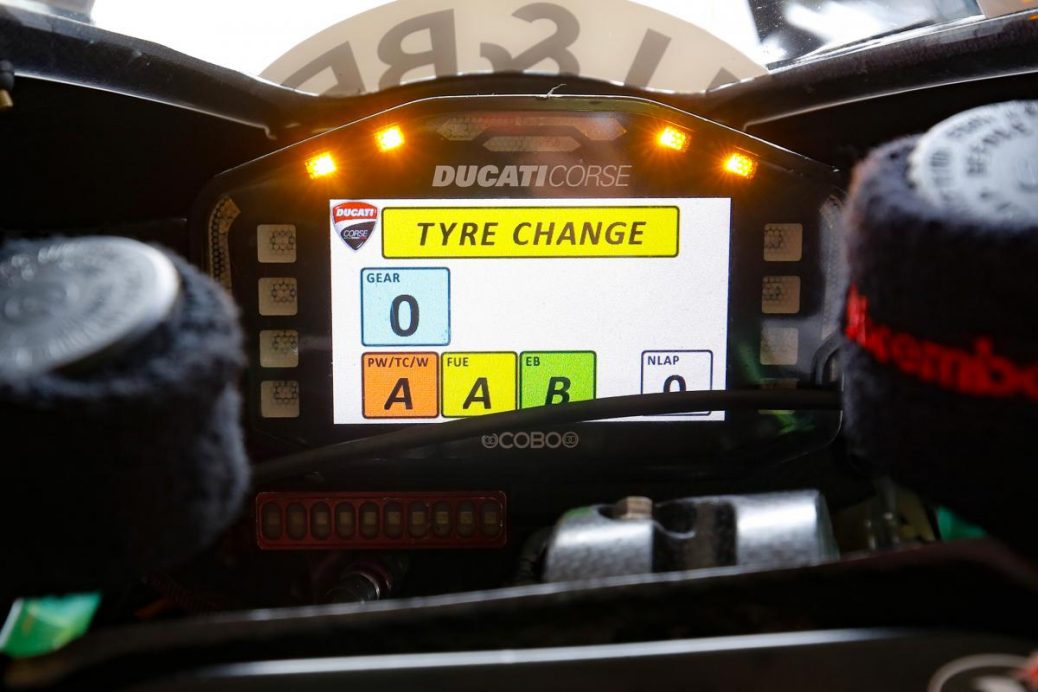 Two new dashboard message options will debut in the FIM MotoGP™ World Championship during the upcoming Bitci Motorrad Grand Prix von Österreich. Mike Webb: “For many years we’ve had dashboard messages where Race Direction can send messages to riders on the bike; flag signals and information about penalties, things like that. So we have a new signal on the dashboard, it shows ‘equipment’ on the rider dashboard and the meaning has been explained to the riders and teams: there is a problem with your equipment and you’re required to fix it immediately. If that means coming into the pits to fix it, ok. Or if you can fix it yourself on track, that’s also ok. What we require is that you fix it immediately, so there’s a new message about rider equipment.”. So there’s a new display on the dashboard called ‘warning’ and it’s specifically about rider behaviour. The warning signal says to the rider ‘what you’re doing, we don’t like it. That’s the two new messages to improve communication between Race Direction and the riders.”. Mike Webb: “Messages on the dashboard take a bit of lead time.