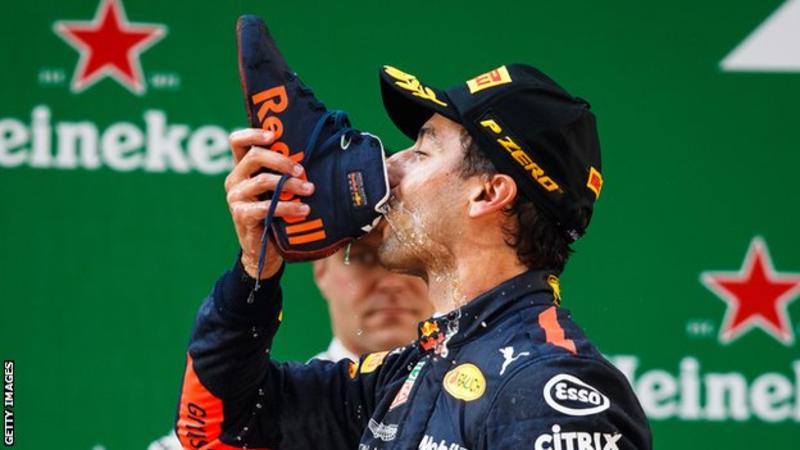 Daniel Ricciardo is to race for McLaren in 2021, the team have announced. The 30-year-old Australian will partner Briton Lando Norris, with Carlos Sainz expected to be confirmed imminently as a Ferrari driver from 2021. Sainz replaces Sebastian Vettel, whose departure from Ferrari at the end of this season was confirmed on Tuesday. “Daniel is another step in our long-term plan and will bring an exciting new dimension,” said McLaren Racing chief executive officer Zak Brown.

I think he might find it hard going against Lando.