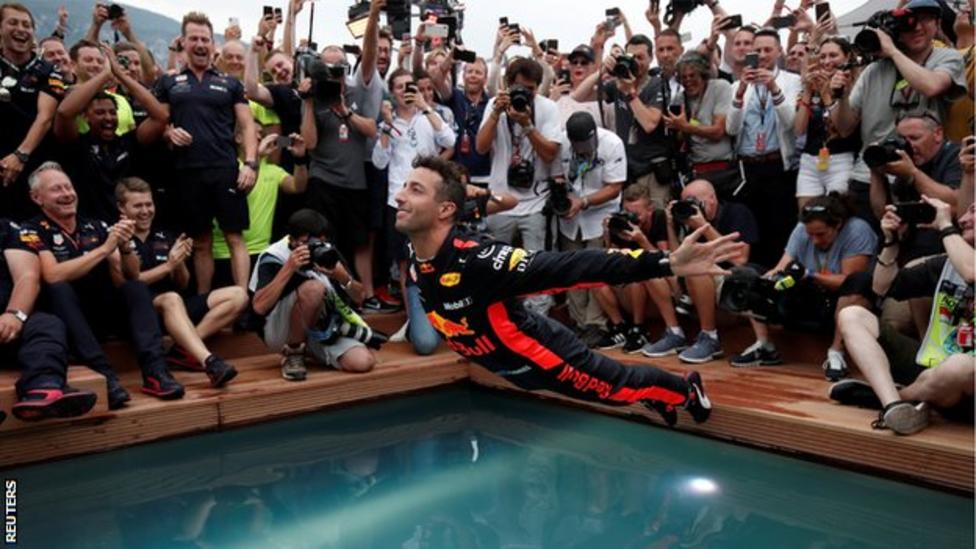 His decision came as a surprise to F1 – Renault were often lapped by Red Bull last season, when Ricciardo won two races.
Renault have a proven pedigree in F1, having won many world titles as an engine supplier – with Williams and Benetton in the 1990s, and Red Bull in the early 2000s – and two drivers’ and constructors’ doubles with Fernando Alonso in 2005 and ’06.
Now faced with the reality of his decision, Ricciardo says it still feels like the right thing to have done.
“What Lewis did at Mercedes, there’s definitely part of that, yeah, inspires me,” says Daniel Ricciardo.