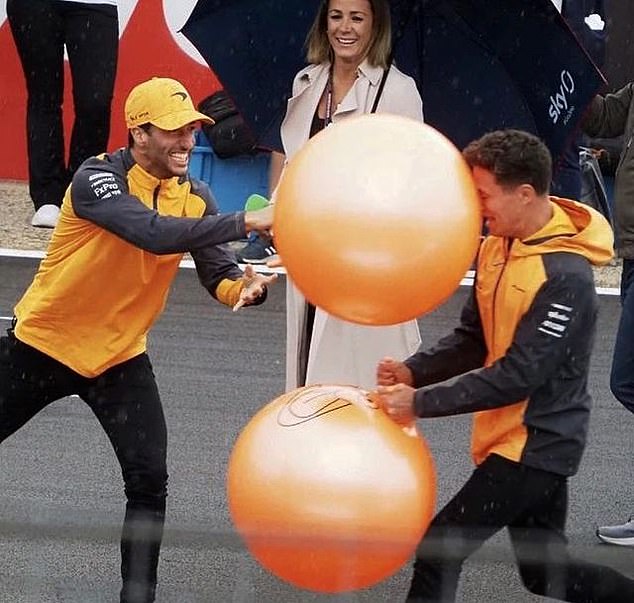 All eyes will be on the British Grand Prix this weekend, but before the serious business gets underway there was time for two drivers to have some fun. McLaren team-mates Daniel Ricciardo and Lando Norris faced each other in a space hopper race organised by Sky Sports. Ricciardo and Norris looked a little bewildered when they found out about the task, but they were still willing to give it a go. Norris slipped just before the race started but he was able to continue. However, Norris had other ideas and tried to cheat by running to the finish line after picking up his space hopper. Ricciardo noticed Norris’ actions and then threw his space hopper at his team-mate, with it hitting him in the face.