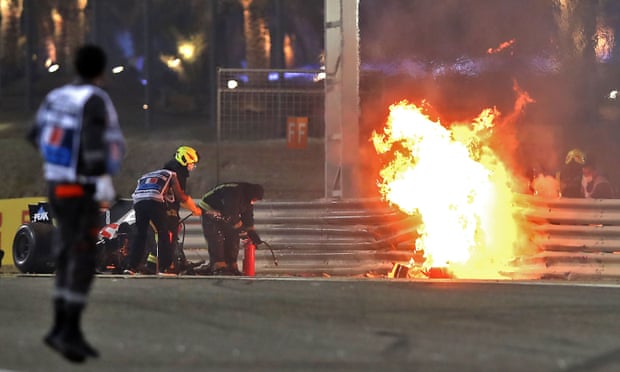 Grosjean was lucky to escape with his life after his Haas car speared through metal barriers, splitting in two and bursting into flames. “I’m disgusted and disappointed with Formula One for showing or choosing the way to show it as they did, and broadcast replays after replays after replays of the fire, and his car split in half,” said Renault’s Ricciardo. Ricciardo said Formula One, whose commercial rights are owned by US-based Liberty Media, was lucky it was not having to deal with a very different story. “To show it like it’s something from Hollywood, it’s not cool.