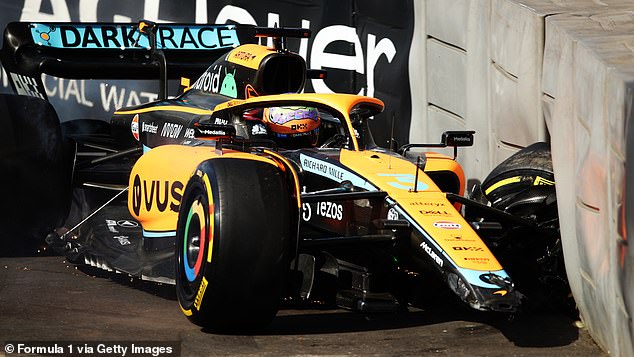 And in the glorious Monaco sunshine, things went from bad to worse for Daniel Ricciardo as he crashed out during practice on Friday. Ricciardo has endured a torrid time since switching from Renault to McLaren in 2021, with the Australian star falling behind young team-mate Lando Norris in the pecking order. Ricciardo has finished in the top-10 just once this season – claiming sixth place at the Australian GP in Melbourne last month – and has been outscored by teammate Norris in all but two races so far. Should Ricciardo opt to leave F1, Supercars chief executive Shane Howard said the sport would be prepared to roll out of the red carpet for the Perth-born star. Ricciardo’s switch to the Australian competition, however, would require him to significantly revise his salary expectations.