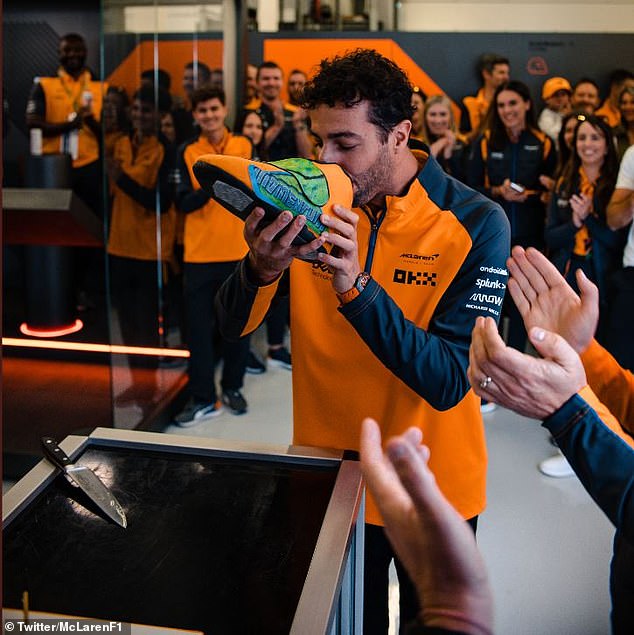 Daniel Ricciardo has celebrated his 33rd birthday in style, with a shoey cake presented to the F1 star ahead of the British Grand Prix this weekend. The cake from team officials also featured a honey badger – the animal that is also Ricciardo’s nickname – poking its head out. ‘It was OK,’ Ricciardo said when reflecting on his first hit-out on the track. ‘I know the team has been trying to dial the car in more, looking to get better,’ Ricciardo said. Back in 2011, Ricciardo made his Formula 1 debut at Silverstone for HRT. ‘It’s one of those tracks where I feel the circuit represents a Formula One car the best, in terms of downforce and high speed,’ Ricciardo said. So it’s serious speeds and it’s a little bit bumpy as well.