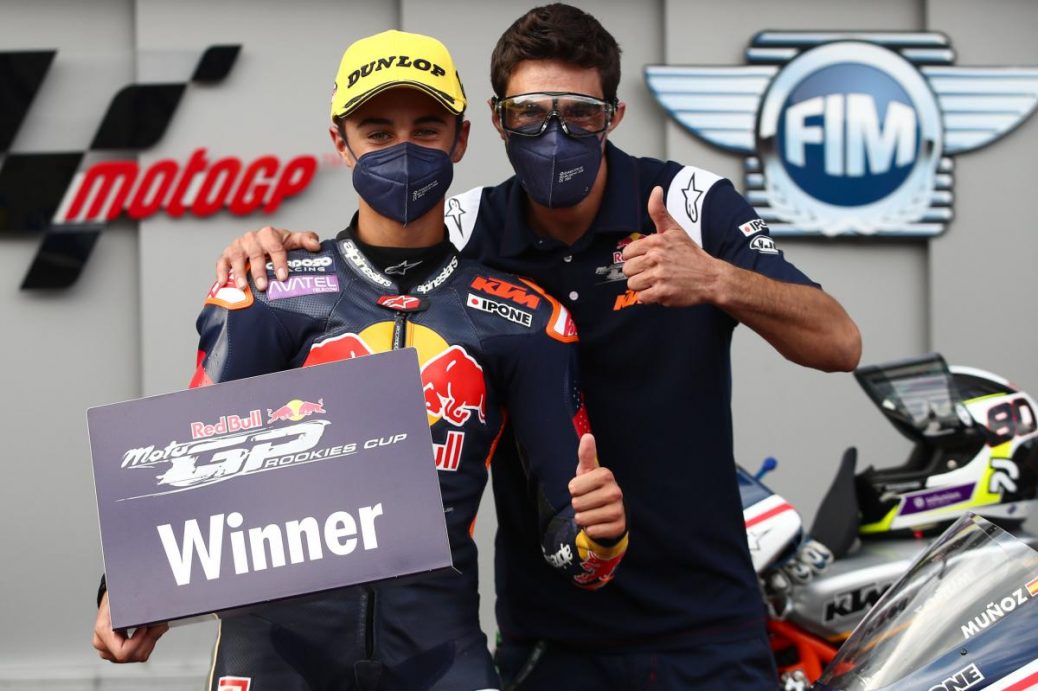 Daniel Muñoz won his first Red Bull MotoGP Rookies Cup race in fabulous style after an incredible race long lead battle of eight KTMs. The 15-year-old Spaniard put in a perfect last lap of Spielberg to hold off Ivan Ortolá the 17-year-old Spaniard and Colombian 15-year-old David Alonso the Cup points leader. The 15-year-old Spaniard’s opening laps were sensational though and he quickly cut through to the lead group while archrival Alonso did most of the leading. He also had a long lap penalty to serve though and that dropped him out of the lead group. Then Alonso got a long lap penalty for exceeding track limits and that pushed him back to Muñoz. The race was crazy, all the riders were passing at every turn. “The race was really crazy, I made a very good start. I made a good start and was running fast laps at the front.