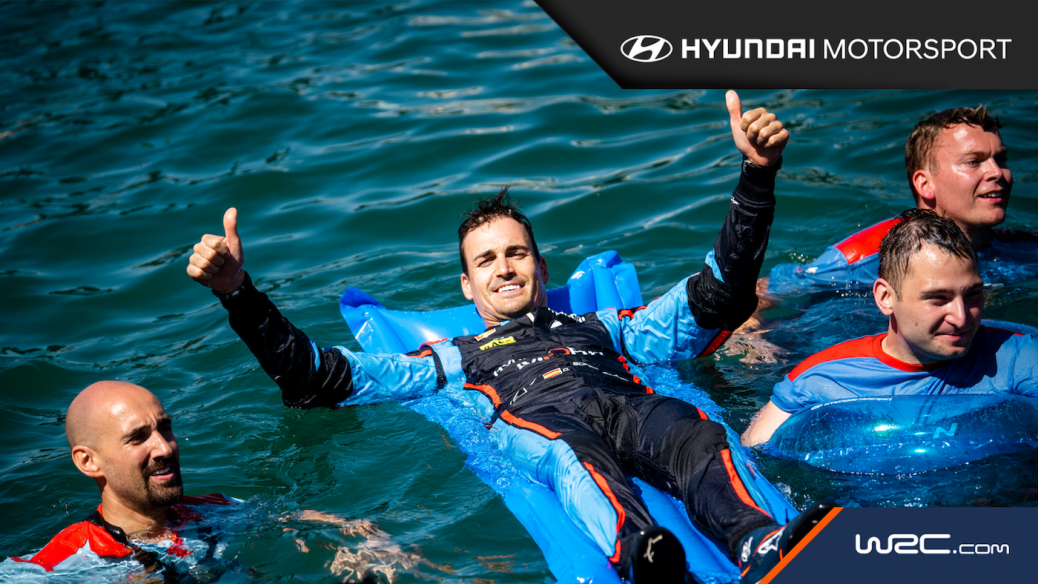 When Sébastien Ogier replaced Dani Sordo in Citroën’s main factory team midway through 2010, the writing was reckoned to be on the wall for the then 27-year-old Spaniard. When the programme stopped at the end of 2012, Sordo was back with Citroën for a single season and finally, after 106 starts, the first win came in Germany. That win was, no doubt, part of the reason he was signed by Hyundai Motorsport for the Korean firm’s first season back with the i20 WRC. But further evidence of Sordo’s commitment came in Monte-Carlo at the start of this year. Where was Sordo at the start of those celebrations when Neuville and team principal Andrea Adamo were enjoying the occasiont?