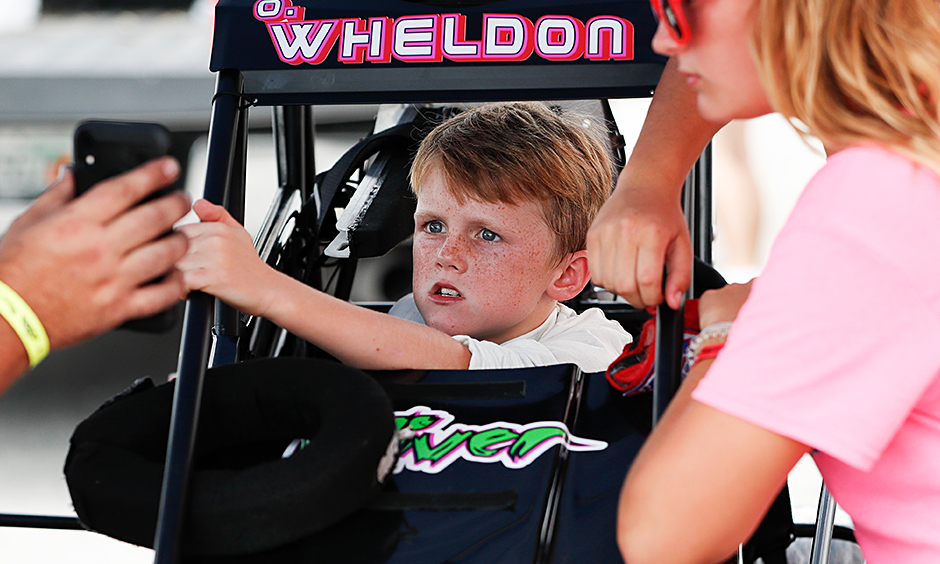 The Wheldon boys are about to make their quarter-midget debut — and their first direct competition with each other in the same class — and the good-natured trash talking has commenced.
The sons of the late Dan Wheldon are experienced karters, but this will be the first time in quarter midgets and first time on an oval.
Dan Wheldon, the two-time Indianapolis 500 winner who died in a crash at Las Vegas Motor Speedway in October 2011, wanted his sons to have the opportunity to try karting, and Susie has carried out those wishes.
“Winner of the Indianapolis 500 Dan Wheldon?!”