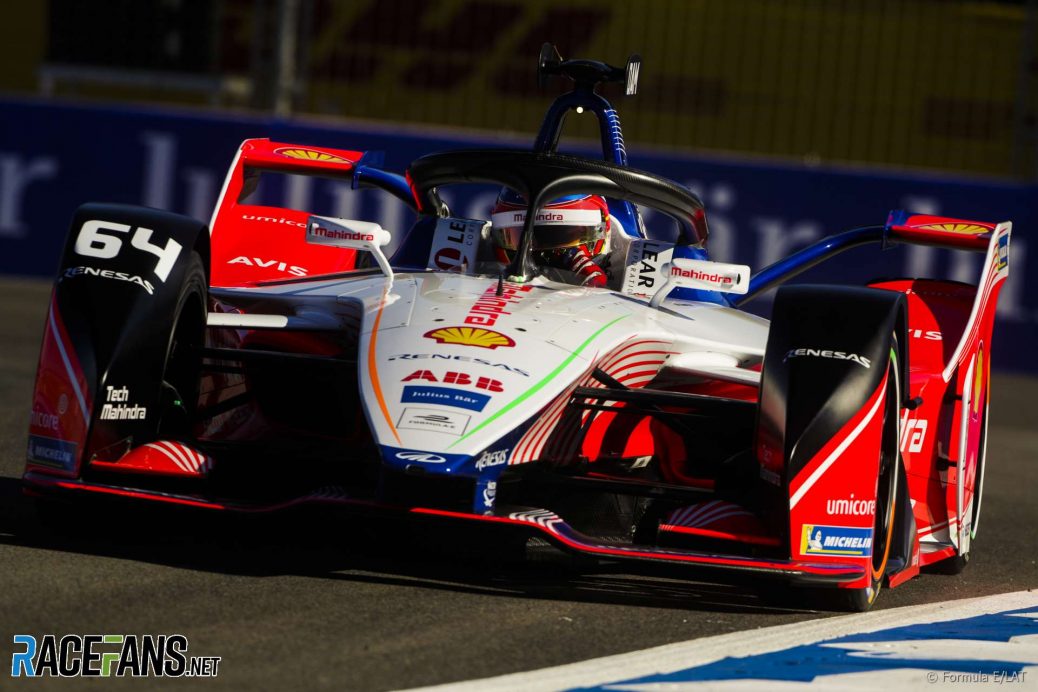 Jerome D’Ambrosio won a lively Formula E race in Morocco after the race-leading BMW Andretti team mates collided with each other.
It looked like an orchestrated recovery for Virgin but they were both swiftly passed by D’Ambrosio, at standard race pace, and then Lucas di Grassi with Attack Mode, then fell to losing further places as Jose-Maria Lopez plowed through and the BMW cars were free to break away from the pack.
Both Virgin cars armed attack mode with just under fourteen minutes to go in an attempt to recover places but with a seemingly irretrievable gap to the BMWs and D’Ambrosio still holding two activations in reserve.