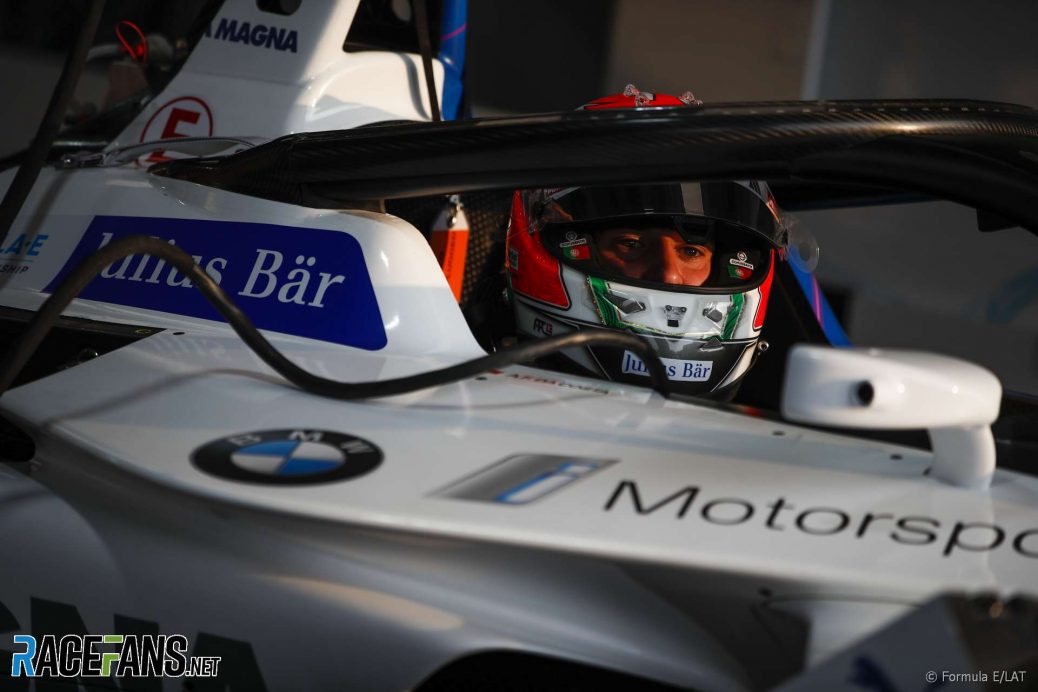 Antonio Felix da Costa took his first Formula E pole position as heavy rain at Saudi Arabia’s Ad Diriyah circuit disrupted practice and qualifying for the first round of the new Formula E season.
Second practice was initially postponed, then also cancelled after the track failed to drain.
A 35-minute practice session was run, with only minor interruption, immediately before qualifying but with so little track time and under pressure not to crunch the pre-race schedule any further, race organisers chose to alter the qualifying format.